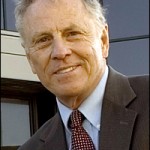 If you are very, very lucky, just once in your life time, you will meet a person as great as Morris Dees, Esq. –  civil rights activist, lawyer and community leader.

I was that lucky Tuesday evening, April 6, 2009, when I attended the Wabash College Peck Awards Dinner.  Wabash College presented its Senior Peck Award to Morris Dees that evening, one that I will not soon forget.  I wish you all could have heard the inspiring acceptance speech delivered by Mr. Dees.  This is a man worthy of a few minutes of your day today to think about and consider.

Who is Morris Dees?

Or ask the Aryan Nations.

Those and other hate groups know him well.  Morris Dees has successfully sued the Klan more than once.  He sued the Aryan Nations.  And he has sued governmental agencies.  If there is a civil rights violation to be addressed, you couldn’t find a better lawyer to right such wrongs.

What follow are remarks delivered by Patrick White, President of Wabash College on April 6 at the Peck Dinner.  Please enjoy:

“Morris Dees is an activist and a lawyer, not a unique combination, but rare enough. What is more, he is an activist through the law. The United States of America was invented as a nation built upon a solid basis in law. It is well to remember how rare this grounding in law was in the 18th century, and we might be humbled to realize how limited the rule of democratic law is in the 21st century.

Throughout history the question has been not only what is the law, but who is the law for, who should the law protect? The simple answer in a democracy should be the law should protect all citizens, even more broadly all the people. But too often the answer has been the law has been worked to protect the powerful, with the conviction that law is for the mighty. Morris Dees and the Southern Poverty Law Center have for years found a way to recalibrate our sense of the law and for whom the law exists. Morris Dees through his activism and his knowledge and use of the law has made the country strong. Morris Dees has worked tirelessly to make the law the servant of all the people – not just the powerful.

In so doing he has done much good against the Ku Klux Klan and the Aryan Nations and other groups who would divide the nation and deny the protection of the law to those with whom they disagree or those whose lives they abhor.

A few examples of the cases:

In 1987, Morris Dees won a $7 million verdict against the KKK for a lynching in Mobile, Alabama.

In 1998, a $21.5 million judgment against the KKK for conspiracy to burn a black church.

In 2000 through a $6.3 million judgment, he forced the Aryan Nations to give up its compound.

And in 2008, the Southern Poverty Law Center won a $2.5 million judgment against Klansmen who severely beat a young man they suspected of being an illegal immigrant at a county fair in Kentucky

I mention the monetary details to share some sense of the magnitude of these cases and to show the difficult and prolonged labor that must have gone into them as well as to point out the nature of the tactics Morris Dees and the Southern Poverty Law Center have used to stand with the powerless against the powerful — through careful work, they have made it more costly and difficult for the hate groups to be effective and assured that all will be treated fairly before the law.

In his work, Morris Dees has been called a lot of names, has had insults of all kinds slung at him. At the risk of being an ungracious host, I am going to add another name that I reckon Morris Dees has not been called too often in his long and distinguished career, a name that no one in this room certainly would take as an insult. Tonight, Mr. Dees, I wish to call you a conservative. In the good that you have done, you have conserved the rule of law for all of us and one of the great works of your career it to restore the belief in law among those who feel disproportionately the force and control of law and order, and not the gentler hand of justice.

By your practice, your thought, and your argument, you have conserved the power of law to do good, fairly, equally to all in this country. You have helped restore faith in our justice system and a belief in the nobility of the law that is blind to the temptations of the powerful and the mighty and measures all peoples as one before its even balance.

Morris Dees, for your work and your life, for your wisdom, courage, bravery, and determination, for your clear voice for the poor and the disenfranchised, for your lifelong dedication to the power of law, for the role model you provide for the gentlemen of Wabash College as we all strive to be responsible citizens attentive to all in American society and the wider world, for your work that has been much honored and role model for the gentlemen of Wabash, Wabash College is extremely proud to present to you the Senior Peck Award.”

2 thoughts on “A Tribute to a Great Man & the KKK’s Worst Nightmare- Morris Dees, Esq.”