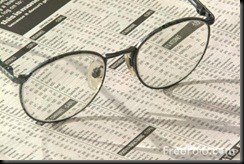 As the costs of litigating disputes continue to increase, litigants are increasingly settling their disputes through arbitration. Arbitration is a process in which a neutral third person (arbitrator) or panel, usually of three persons, considers the facts and arguments presented by the parties and then renders a decision. By utilizing arbitration, litigants can avoid trial, and the lengthy and expensive process of getting to trial. Arbitration usually results in a quicker decision than could be had by going to court. After the arbitrator renders a decision, that decision can be enforced by the courts. However, the courts cannot hear an appeal of an arbitration decision, except in the case fraud.

Arbitration is often preferable for the plaintiff who wants quick redress for the harm he or she has suffered, but defendants may prefer the longer and slower processes of trial and appeal in the courts. The rules of evidence in arbitration differ from those in trial. There are other differences between the two processes. Consequently, before a party agrees to submit to arbitration, thereby waiving the right to trial, careful consideration should be made as to which process is more likely to yield the better result.

Whether arbitration is right for you depends on a number of factors particular to your circumstances. However, all parties to an agreement in which significant disputes might arise should consider whether arbitration is a preferable alternative to resolving those potential disputes.