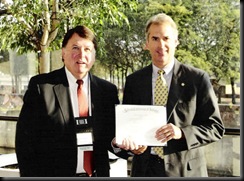 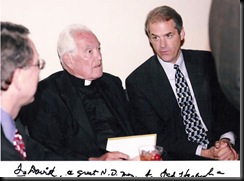 More than 10 years ago, Indiana passed a “tort reform” law that limited the amount of punitive damages that could be awarded in a single case.  There was a wave of “tort reform” years ago, as there was public outrage against several large damages awards.  Remember the old lady burnt by hot coffee at McDonalds?

So, for the past 10 years, all jury awards have been capped in Indiana, and the same holds true for most states.  But wait a minute. . .  ENTER JUDGE DAVID DREYER.

David Dreyer, a Marion County, Indiana judge, recently refused to reduce damages in a priest sex-abuse case, holding that Indiana’s punitive damage caps are unconstitutional.  Judge Dreyer issued a 20-page ruling last Friday in John Doe v. Father Jonathan Lovill Stewart, No. 49D10-0402-CT-0443. The case involves allegations from a man (John Doe)claiming that he was molested by a Catholic priest when he was 10 years old, back in 1993. A jury awarded $5,000 in compensatory damages and $150,000 in punitive damages.  Under the Indiana “tort reform” law, the punitive damages would have been reduced to $50,000.  That law provides that punitive damages cannot exceed three times the compensatory award or $50,000, whichever is greater.  However, the “tort reform” law capping punitive damages was not passed until 1995, two years after the boy was molested.

Judge Dreyer held that the “tort reform” statute is not retroactive and cannot be applied to a 1993, event.

“The Indiana Constitution protects each branch of government from interference with each other, and further guarantees Indiana citizens will have their civil cases decided by a jury,” he wrote. “The Statute’s two provisions … interpose the will of the General Assembly to supersede otherwise valid verdicts. Accordingly, it contradicts the Indiana Constitution and should not interfere with Doe’s punitive damage award.”

Judge Dreyer acknowledged that other states might not have similar constitutional limits, but that Indiana’s constitution clearly does.

It would have been easier for Judge Dreyer simply to uphold the punitive damages cap, and allowed the plaintiff to appeal the issue to the Court of Appeals.  Judge Dreyer could have “passed the buck” and not suffered any criticism or review.  But, he didn’t “pass the buck.”  He did what he thought was right, and struck down a law that he felt was unconstitutional.  Remember that Judge Dreyer is a trial court judge!  Normally, appellate courts strike down laws.  It is rare for a trial court judge to strike down a law on constitutional grounds.

Whether you agree or disagree with Judge Dreyer’s legal opinion and regardless of how you feel about large punitive damages awards, you have to applaud Judge Dreyer’s commitment to the law.  It took much courage to strike down a 10-year old law in this fashion.  If you assume that he truly believes what he wrote, you have to feel good about a judge trying to do the right thing, follow the law despite the personal consequences, and  honoring his Oath of Attorneys.  It’s refreshing to see a judge give so much thought to doing what is right, rather than what is easy.